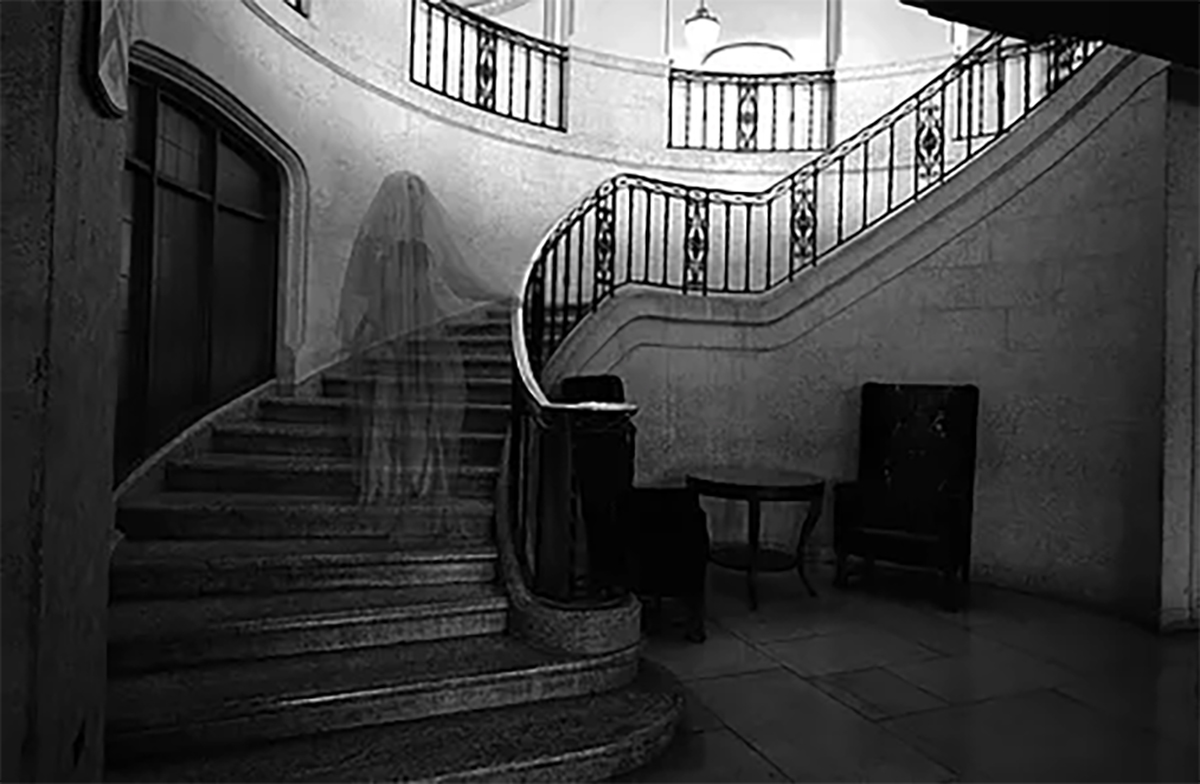 “An account of a 19th century ‘spirit photographer’ raises questions about the capacity of images to deceive.”

The October 29th, 2017 New York Times Book Review (Pg. 15) discussed the book entitled The Apparitionists, A Tale of Phantoms, Fraud, Photography and the Man Who Captured Lincoln’s Ghost written by Peter Manseau. The reviewer Errol Morris stated this book caught his eye because he believes that this type of a photograph is inextricably connected with lying.

As the religion of Spiritualism increased with participants due to the Civil War so did the use of photography. The photographs held the deceased loved ones in a lasting moment that their relatives could hold forever. Morris states that this is the first book that has focused on the role of the dead in 19th century photography.

The leading character in Peter Manseau’s book is a man named William Mumler who took some of the most interesting spirit photographs. Morris describes them as weird and seductive. He wonders if Mumler is a “self-deceived fraud, a true believer, confidence man or a blend of both?”

Mr. Mumler worked in Boston and then in New York. Apparently, Mr. Mumler was put on trial when a gentleman using the alias William Wallace accused him of fraud because Wallace failed to recognize the spirit who appeared with him in the photograph that Mumler took. During this trial, experts presented seven techniques that he could have used to fake these photographs; however, no one had ever seen him use any of them. Mumler’s attorney argued that photography was new and that it would gradually become more perfected in the future.

P. T. Barnum testified at this trial asking the question which came first – seeing or believing? This apparently swayed the judge who stated that the prosecution had failed to prove their case and Mr. Mumler was set free. Mr. Morris states that one of the most persistent myths about humans is that death isn’t final and then that photographs can show us a way around death. It was after his trial that Mr. Mumler took his most famous photograph of Mary Todd Lincoln with the alleged spirit of her murdered husband standing behind her.

I read the New York Times Sunday Book Review every weekend. This above review interested me greatly due to recent research I have been doing on articles appearing in the Psychic Observer written by Rev. Clara E. Barnett, a chiropractor and medium, from Detroit, Michigan. I discovered this woman on a visit to Lily Dale, New York in 2015 with the help of Mr. Ron Nagy, Curator of the museum there. I subsequently found a copy of this article at a library.

In the April 25, 1939 issue on Pg. 7 under “PHYSICAL, SPIRITUAL, MENTAL SCIENCE,” Mrs. Barnett has an article entitled “Spirit Photography Explained.” She begins with, “Spirit photography is as old as time. It doesn’t seem a bit unusual for a spirit to be photographed. People wonder why strangers sometimes manifest instead of their own loved ones. If we could see the great multitude standing around the camera as a person has his picture taken, we’d wonder how, at any time, our own loved ones could get near us at all.”

Under the category “Take Photos – Experiment,” she states, “They must have a wonderful coordination in the spirit world to keep things in order as they do. In the development of spirit photography, any Kodak camera will do. Take everybody’s picture so you can get the camera magnetized and the spirit chemists working. Create the desire so the spirit people can determine whether the proper chemicals for this phase of mediumship are available.” Under another paragraph entitled “Right Conditions”, she further states, “You may have to go several times to a photographer before the right conditions are made for a certain spirit to vibrate and react properly to get a picture. When you go to have a sitting many of your spirit friends are waiting for you the same as with trumpet. If you keep on going, they keep trying to gather the chemicals and substance for the ectoplasm, so it can be used. Evidentially they can be seen in your picture.” 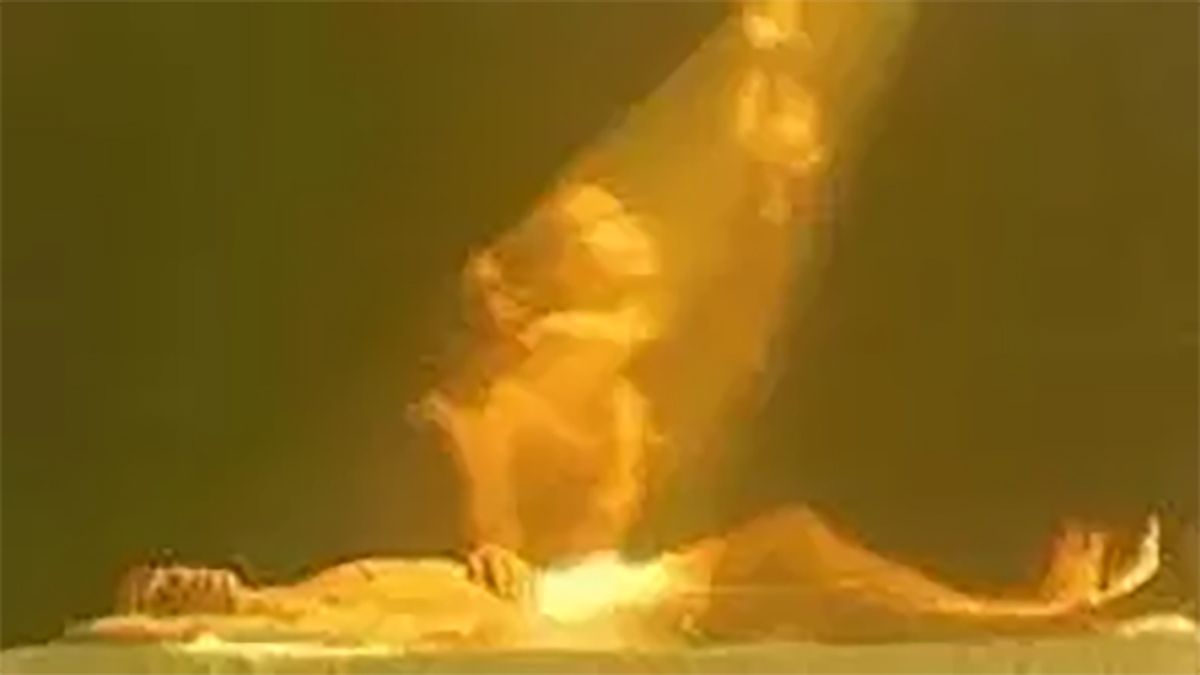 “Clairvoyance is quite essential in spirit photography. If the spiritual eye wasn’t unfolded, how did the photographer know if he could get the picture of the spirit? They should be able to show the spirits who desire to have the picture taken…Why not get a camera and start to take pictures? No one knows how much preparation has been made by spirit people.”

Returning to October 29th, 2017, another article appeared in the “Sunday Review” section of the New York Times (Pg. 7) written by Peter Manseau, the author of the book entitled The Apparitionists mentioned above. He states that according to the Pew Research Center nearly a fifth of Americans believe they have seen “the presence of a wandering soul.” He further states that one-third of Americans have “felt a touch with someone who has already died.” He discussed the history of Spiritualism and technology in the 1800s, particularly the telegraph, electricity and photographs – how new they all were and the confusion that surrounded them.

Of the three articles, I enjoyed Mrs. Barnett’s the most and agree with her that the spirit world must have wonderful coordination to keep things in order as they do! 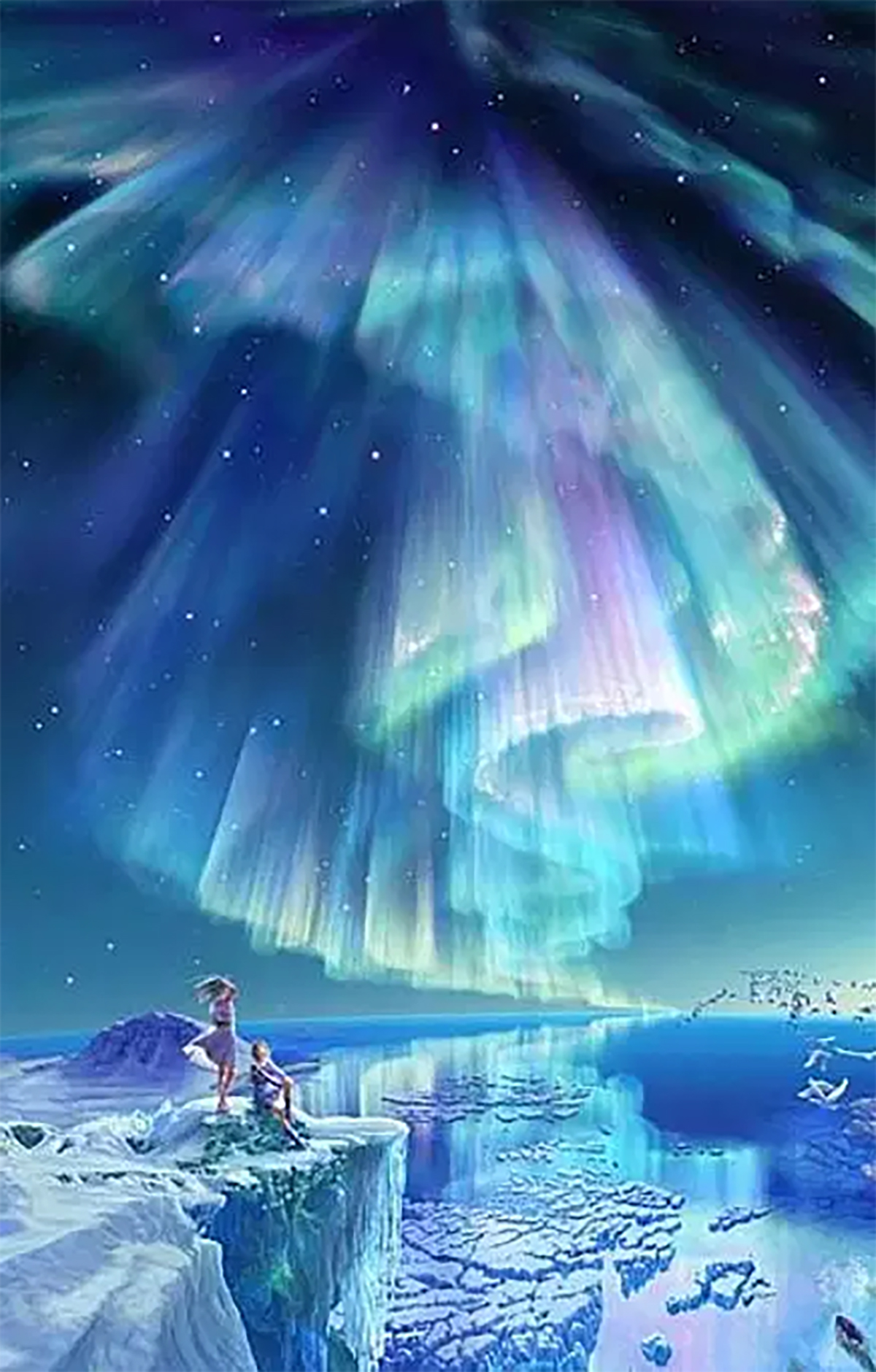 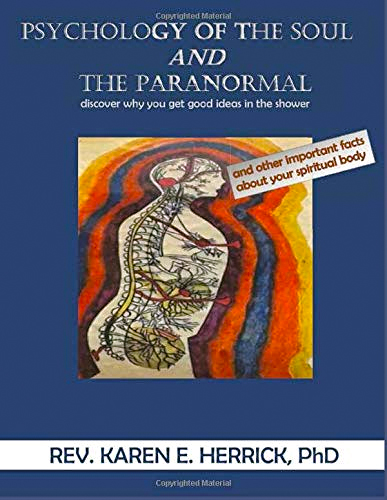 Are you struggling with alcoholism or mental health problems
due to living with an alcoholic?
If so, please contact Karen 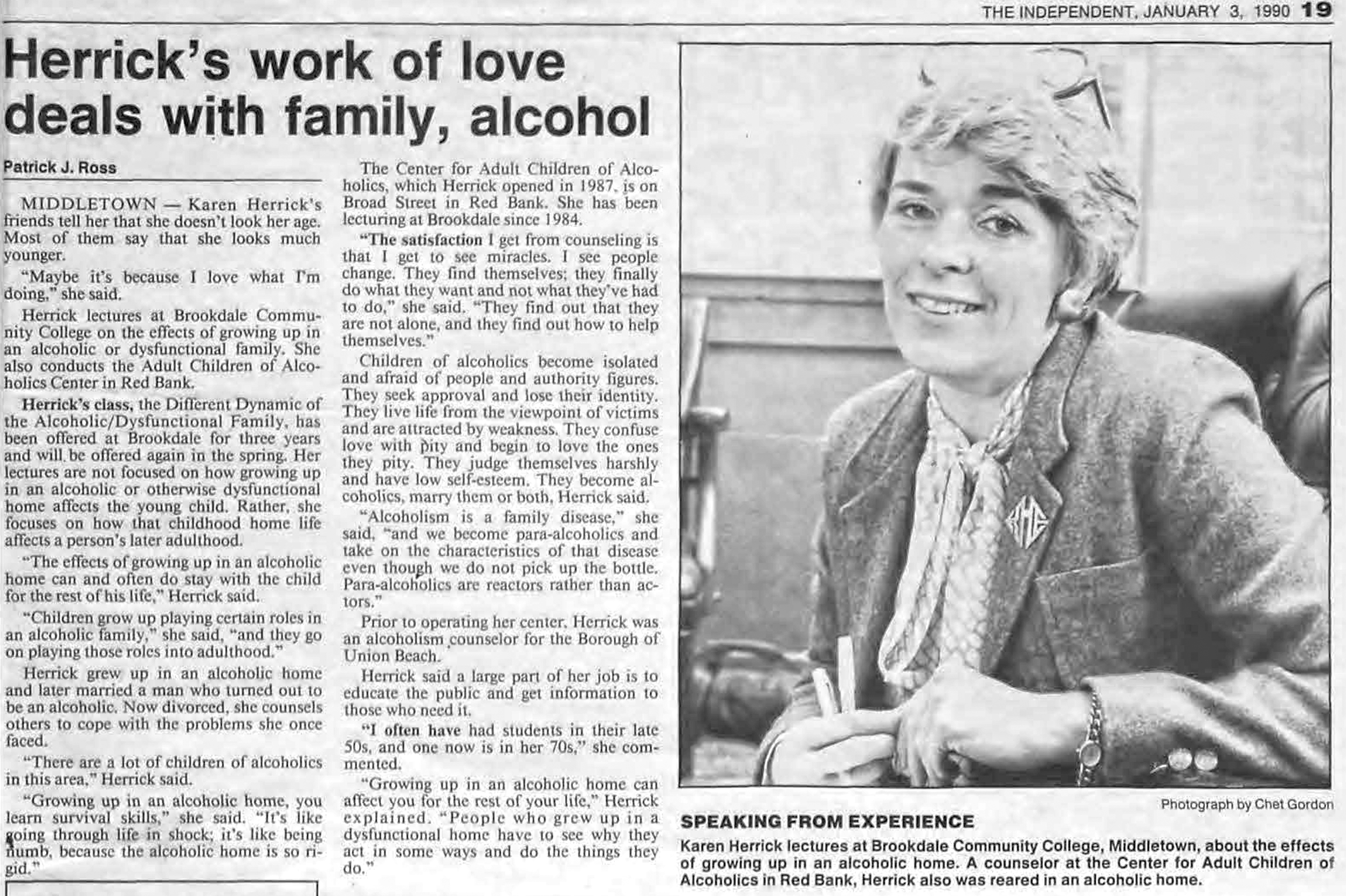